By entering this site, you are agreeing to our TERMS & CONDITIONS and PRIVACY STATEMENT. Spirit Hub encourages responsible and moderate alcohol consumption.

Get 15% off your first order when you subscribe to Spirit Hub emails.

Thank you for signing up!

This dessert is simply heavenly!

Ogden’s Own Distillery’s gears started turning in the early 2000s when founder Tim Smith was fiddling with recipes. He landed on a recipe that would become their Underground Herbal Spirit. With a product in hand, Tim needed a distillery to back it. With some help from Steve Conlin, they opened the doors to Ogden’s Own Distillery in 2009.

Ogden's Own Distillery prides itself on making flavors that aren't overwhelmingly sugary. Their vanilla-flavored vodka, Five Wives Heavenly, is certainly no exception. The base vodka is distilled from 100% corn before being infused with delightfully sweet vanilla. Every splash of Heavenly brings warming and rich vanilla to coat your taste buds. But it never reaches a point of being overly sweet or sugary.

This vanilla flavored vodka plays perfectly with a lemon cake and coconut topping! Start mixing up your new favorite recipe. 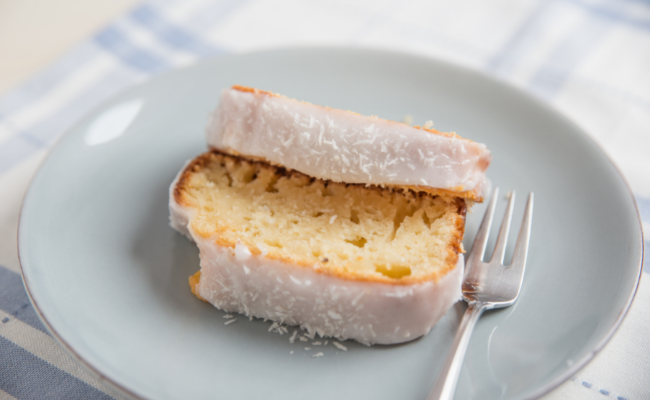 In a clean bowl, combine almond extract with egg whites and beat until thick. Gently add this combination to the cake batter along with chopped almonds.

Once all combined, pour batter into a prepared pan and bake for 50-55 minutes. Let cool in oven for 10, then remove and let sit to fully cool.

For topping: Combine vodka, powdered sugar, and lemon juice in a saucepan and cook on low heat for 5 minutes. Cool slightly, then thinly pour over cake. Sprinkle coconut flakes before cake cools completely. Let sit for 1 hour before serving.

Almost as sweet as (Porter’s) Revenge.